We will be Looking to see if you win

Thank you for Voting in this

It will Start at the 16 November As far as we know and booking ends 1st November.

During the 2nd november to the 15th you will be able to practice ready for the big day PLEASE Book you have just got over 2 months before it will end!

Originally posted on A World Of Bin Weevils (https://aworldofbinweevils.wordpress.com/)

Have you ever wanted to log on Bin Weevils as a Moderator, but annoyed that is doesn’t work? Well, there’s 2 reasons why that doesn’t work. 1) Moderators have EXTREMELY sophisticated passwords that you probably wouldn’t guess in a million years and 2) You are trying to log on in completely the wrong site. So, even if you got the password right (which is highly unlikely) you wouldn’t login. Confused? I am, and I’m the one writing the post! 🙂 Anyway, I have found the site that Bin Weevils mods like Scribbles and big weevils and THE LOT login! Go visit www.manage.binweevils.com to see for yourself!

IMPORTANT NOTE: This is the Bin Weevils mods login page, so your own login will NOT work!!!

There may be YouTube clips showing ‘hackers’ that have ‘hacked’ into Bin Weevils and know mods passwords, but they are fakes and can be done easily with a good movie editor.

Bin Weevils has an advertising website! Visit it at http://advertise.binweevils.com/

I was reading some Bin Weevils books last night and they told me some really cool info I never knew! Here is the stuff I found:

What The Bin Is Made Of!

Have you ever seen something on Bin Weevils and thought: ‘Hey, that’s a clever idea! They’ve made that into that!’ or something. Well, the bin is full of things that are incredibly cleverly thought of. Here are some of the best:

If you look closely, you can see that ‘Nest Coolness’ is displayed on a bit of lined paper, and ‘Nest News’ is on a toilet roll!

There are many more examples…

The map is littered with examples: Dosh’s palace is made of a cracked egg and some fish heads held up by straws; Flem Manor and Slam’s Party Box are both cardboard boxes; Club Fling is a discarded radio; Gong’s Pipenest is made up of pieces of pasta; Lab’s Lab is an ‘8 Ball’ in pool or snooker standing on a pile of books and Riggs’ Movie Multiplex is made of an empty milk carton and an empty eggs carton

See what I mean? Even your Garden has some examples, there are some nails in the outskirts of mine, what about yours?

I was looking around again for more info on the Bin history, when I found a whole page of it on this blog I’d never heard of, called Weevily X! Here is what it said:

9 years ago, the bin was born…. it’s hard to believe that Bin Weevils is almost 10 years old.. Weevily X Team have gathered some of the Bin’s memorable moments, and put them all together right hear, on Weevily X.

May 27th, 2003 – Binweevils was born. With the help of Nick [an early sponsor] Bin Weevils opened it’s door to the great weevil public! [Click Here To View Old Binweevils]
[The link folowed brings you to old bin weevils but you cant play it.. ; http://binwevil.co.uk/]

September 28, 2007 – Big weevil, a weevil with a super antennae and 3x the size of a normal weevil, fell into the bin

January 15th, 2008 – The bintastic Weevil Wheels was available for everyone to play, and could be played at Dirt Valley.

May 2nd, 2008 – Mulch Island was discovered in the bin. The earlier Mulch Island had a golden coin hidden in a random location each day [It was worth 50 mulch]

May 21st, 2008 – Bin Pets were released and were available to the whole bin public. (Before Bin Tycoons were invented)

September 22nd, 2009 – Scribbles, a weevil with a super-antennae, a famous magazine called Weevil Weekly and currently the most famous weevil in the bin, weevil was created.

May 5th, 2010 – The day Tink and Clott made their first public appearance in the bin [In favour of the Bin Weevils Election]

May 25th, 2010 – Bin Weevils first ever Mulch Weekly [Mulch Weekly continued on as a regular event shortly after]

June 25th, 2010 – The Nest Inspectors magazines were released, showcasing a large selection of brilliant nests designed by you lot!

August 31st, 2010 – The Haggle Hut launched, which allowed weevils to sell unwanted items once again. This was previously possible in the old bin, but was disabled for a while along with the release of the new bin, early April.

October 6th, 2010 – Weevils were getting extra funky when a wide selection of new hats were released at Tycoon Island. Hem’s Hats stocks all sorts of weird and wacky hats [Bin-Tycoon Required]

November 15th, 2010 – The incredible Weevil Changer arrived, allowing weevils everywhere to change and alter parts of their appearance [This was disabled beforehand]

March 14th, 2011 – The first ever Bin Weevils product was launched in the retail market. Bin Weevils Top Trumps were new to hit the market, an new twist on a classic game meant weevils could battle statistics with their favourite weevils!

November 23rd, 2011 – Buddy lists were updated to a more colourful style, they now inform you of your buddy’s recent happenings.

November 24th, 2011 – The SWS Headquarters was given a slick new makeover, along with this came a new SWS Training Room.

January 5th, 2012 – Mudd made her first appearance on tycoon island.

January 9, 2012 – Glamm made her first appearance on tycoon island.

January 25th, 2012 – The biggest hunt to ever fall into the bin, the gloden bin weevil hunt, arrived! Giving out insane prizes for bin tycoons only.

February 19th, 2012 – Tink and Clott paid a visit to London for the Imagine Children’s Festival!

March 1st, 2012 – Levels 61 – 65 were open for all weevils (All the exp that the weevils who were currently on level 60 collected, went towards these next 5 levels)

March 25th, 2012 – Tink and Clott paid a second visit to London, along with a whole load of other famous faces, for the Sainsbury’s Sport Relief Mile (2012).

April 3rd, 2012 – Monty, a yellow weevil with super antennas and also Scribbles’ cousin, made his first celebrity appearance, looking for other yellow weevils to feature in his photos. [He was visiting all week, along with Mudd and Glamm]

June 22nd, 2012 – Weevils all over the Bin Scape hit the dance floor at a party in front of Flem Manor, in celebrating the release of the long-waited-for Bin Weevils: Mulch Mayhem Trading Cards

I think this is really cool, as it has loads of links to really old What’s New blog posts, and with those posts, it even had the author of the post’s signature! Really cool! I have emailed Bin Weevils, requesting a more formal Bin history, but this isn’t bad so far!

I am really interested in the history of Bin Weevils, and I am digging around loads of different sites and blogs to find out more, for YOU to find out! Now, I found on one site a link to the Old Bin login page! Cool eh? Click the link to check it out!

Over the past few months, Bin Weevils have been making numerous changes to Bin Weevils itself. Most of you are not at all happy with these changes and have been complaining. I also am not a huge fan of these changes either, so I thought I should do something about it.

So, I am posting on every blog I work on about an anonymous (which means I do not name weevils) petition where you fill in a form which comes to me and I will send every submission to Bin Weevils themselves! How do you think of that?

So, if you have something to tell Bin Weevils about the (lousy) changes they have been making, tell me below!

Note:I will be posting this post tommorow for the blogs that I work on.

Well that’s all I’ve got today! Thanks!

It is a new year! I wish you all a Merry Christmas and a Happy New Year! Sorry for the late posts! I was just going away! So I am Back! Starting to post tomorrow!

As you may know 4 more days until christmas, I would like to say I shall be making a party if you may like to come please look at the image below.

Jjs63 isn’t in a very jolly mood this year, loads of things have happened. Like getting bullied at school, my pets died and so much more stuff. I don’t want to go more further because you may know the hacker (who might of hacked your blogs). Any ways, lets get on with my post. Please make sure you come!

Sorry if this is a short post I am very tired because my little sister is keeping me awake crying with her teething! 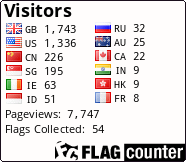